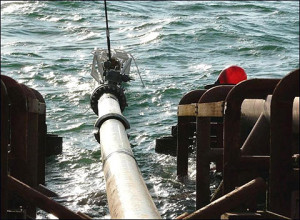 The much awaited natural gas pipeline construction between Oman and Iran will be completed in 2015. Negotiations over the 60billion deal took a decade for the two countries to come to an agreement. A Memorandum of Understanding was only signed in August because they couldn’t agree on the price of the gas to be exported to Oman during the 25years of supply they agreed upon.
According to the Iran’s Oil Ministry website, Oman wants 2 billion cubic feet of natural gas which is almost half of the Sultanate’s total gas needs. Iran’s Ambassador to Oman, Ali Akbar Sibeveih, stated that the pipeline will be “launched in the next 18 months.” He also hailed the good intentions of the two countries for their “intensive efforts over the past 10 months” to make the project near its reality.
Oman has a total output capacity of 10,4million tons of Liquefied Natural Gas but it has always lingered below 8.8million since 2008. Last year, it went down to 8,4million. Ambassador Sibeveih hopes that when the exportations begin in 2015, it will mark the beginning of “a significant economic development in the relations between the two countries.” Trade between the two countries is around $200 million per annum.
Iran’s new president, Hassan Rouhani, has declared that they are dedicated to increasing their natural gas exportations through developments at the South Pars, one of the largest gas fields in the world.
Oman and Iran are planning to establish a strategic transit route and facilitate the transportation of goods from Central Asia to the Gulf as they plan to export excess gas to Japan, South Korea, and India. They are also planning a trilateral economic cooperation with India.