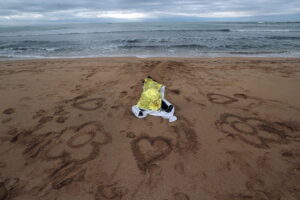 A boat with 40 migrants on board was wrecked off the Mauritanian coast and on Thursday evening, only one survivor of the shipwreck was found.

According to a security source quoted by AFP, a Guinean was discovered “by chance” on a beach in Nouadhibou, north-west Mauritania. He said that “he and his friends came from Morocco and were on their way to the Canary Islands”. It was in international waters that the boat sank.

This tragic case is reminiscent of another, when more than 60 people drowned off the Mauritanian coast in December 2019. On this route along the Atlantic Ocean, many migrants hope to reach the Canary Islands. The Spanish territory located a few hundred kilometers from Morocco has become one of the main gateways to the European Union after the kingdom tightened control along its Mediterranean coasts.

Spain had taken many measures to reduce the flow of migrants to its islands, but in the past two years, this deadly route had been revived. In 2020, the bodies of 182 migrants were found. The actual number of deaths could be much higher.