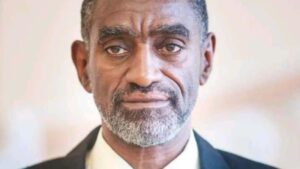 The Malagasy Minister of Health, Prof. Ahmad Ahmad, was sacked on Thursday 20 August.

The announcement was made during a council of ministers led by Andry Rajoelina.

Last month, on Monday, July 20, the minister sent a letter to technical and financial partners in which he appealed to the international community for additional protective equipment and respirators. The official also voiced concern over the “outbreak” and “the multiplication of severe forms of the disease” on the (then) Big Island.

The letter was made public by the press and social networks and caused an outcry in public opinion. Government spokesperson Lalatiana Andriatongarivo immediately condemned the initiative, which was described as “personal”.

Jean-Louis Rakotovao, former director general of the Manara Penitra Hospital in Andohatapenaka, will therefore have to continue the work of his predecessor.