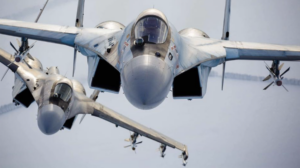 Algeria ranked from 2015 to 2019, the third largest arm importer in the Middle East and North African region, with imports accounting for 10.4 per cent of global purchases, the Center for International Policy (CIP) reports notes.

The North African country according to the September report, had increased by 70.78 per cent its arm import between the previous report which covered 2010 to 2014 and the current one.

Russia, China and Germany respectively with 67 per cent, 13 per cent and 11 per cent, are Algeria’s suppliers.

The region is dominate by Saudi Arabia and Egypt with respectively 29 per cent of total imports to the region and 14.2 per cent. Imports from other regional heavy weight, namely UAE and Iraq represent 8.5 per cent and 8.4 per cent.

The CIP according to its website, is an independent nonprofit center for research, public education and advocacy on U.S. foreign policy. It works to make a peaceful, just and sustainable world the central pursuit of US.

The CIP report stresses that the transfer of weapons to the MENA region has exacerbated conflicts, worsened human rights abuses, and caused civilian injuries and deaths.

While arms can be forces of stability and sales can cement alliances, CIP underlined the devastating effects of arms transfers in Syria, Yemen, Libya, and Egypt and violations of international arms embargoes.