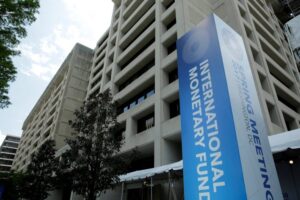 The IMF continues to stand by the poorest in this time of global crisis. On October 5, the Fund approved new emergency assistance for 28 countries, 22 of which are in Africa. The money received will allow them either to relieve their debts or to help finance the fight against the effects of the pandemic, the IMF said.
Last April, the IMF provided debt relief to 25 of the poorest countries through an emergency mechanism, the Natural Disaster Assistance and Response Trust Fund. A quick and effective tool, a huge $500 million purse filled by rich and emerging countries that the IMF would like to see tripled in size. For this trust fund will be used again starting this month to help a group of 28 countries, including 22 African countries.
They could receive a total of $959 million by April 2022. The advantage of this trust fund is that they are donations and not repayable debts. Countries can use the money either for debt relief or to fight the pandemic and its effects, including improving health systems. In Africa, with the exception of Rwanda, it is the least wealthy who are served. Mali, although eligible, is still on the waiting list. The Fund first wants to know if the international community will recognize the new government that emerged from the military regime.