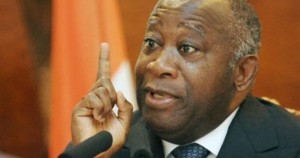 Laurent Gbagbo is now in possession of his two passports, one ordinary and the other diplomatic. Both were given to him by the Ivorian authorities in Brussels on Friday 4 December. A long-awaited return to Côte d’Ivoire where many hope it will lead to political reconciliation.
“Here’s a done deal,” former first lady Simone Gbagbo reacted on her Facebook page on Friday, December 5, after the announcement that the former head of state had obtained her two passports.
Mandated to liaise with the authorities, the Secretary General of the FPI, Assoa Adou, asked them for his part to “diligently study the conditions of return”. “The important thing now is that he returns quickly,” he told us yesterday, after having had the former head of state on the phone.
“We’ve taken a step forward. It’s a proof of good will of the authorities of this country,” commented a member of the government without saying more about the next step.
The International Criminal Court has yet to decide on a possible appeal. Since Laurent Gbagbo’s acquittal, the Ivorian executive has been hammering home the fact that it is only once his case has been definitively closed by the ICC that his return will be possible.
In Abidjan, Laurent Gbagbo was sentenced in absentia to 20 years in prison for the case known as the “BCEAO case”. An illegal and political conviction for his supporters but that only an amnesty or a presidential pardon will be able to lift.
While the political climate has been tense since the presidential election of 31 October, many see in the return of Laurent Gbagbo in Cote d’Ivoire a way to ease tensions and a step towards reconciliation. This is the opinion of Justin Koné Katinan, former Budget Minister and former spokesman of Laurent Gbagbo, who has been living in exile in Ghana for eight years.
Prosecuted for crimes against humanity, Laurent Gbagbo was acquitted at first instance by the ICC in 2019. He has since been living on parole in Brussels. In a statement on Friday, his lawyer Habiba Touré said that he “plans to return in December”. The Ivorian fundamental law “prohibits that any Ivorian national be kept in exile,” said the lawyer.
Meanwhile, in Abidjan, his supporters are getting impatient. Located on the banks of the Ebrié lagoon, the Blokoss district has long been known for its attachment to ľex-president Laurent Gbagbo. Loyal supporters of the historic Ivorian opponent insist on one point: they have no feeling of revenge following the fall of Laurent Gbagbo in 2011 and his incarceration at the ICC. They just wish that their leader could return to his native country.