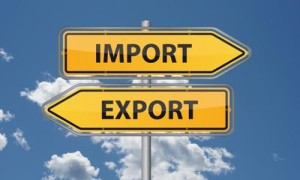 Turkey’s foreign trade deficit has been sliding since the beginning of 2014 and it has shown no sign of halting especially with the heightened crisis in Iraq. The latest official data showcases a monthly deficit of $7,1billion from January to May. With the fighters of the Islamic State of Iraq and Levant (ISIL) gaining confidence and influence in Iraq, Turkey is expected to register more negative results because Iraq, its second largest export market, accounts for 8% of its overall exports.
Turkish companies have already started pulling out of Iraq after ISIL took 49 Turkish as hostages. There has been a drastic fall in the foreign trade deficit. In May, it reached 43,3%.  Turkey has registered a 24,9% decrease within 5months. The pullout of Iraq is expected to further worsen the situation because when exports conducted via Iraq are taken into consideration, the overall effect of the crisis on exports rises to 15% from the overall 8% exports.
Bank analysts claim that the latest figures highlights that the country’s external equilibriums is heading towards normalization and are expecting the shrinking of the foreign trade deficit to slow down. They also argued that the month of May is the month when foreign companies transfer capital and dividend payments to their main countries thereby affecting the current accounts deficit.
Moody has warned that the current state of affairs poses a downward risk to Turkey in its current account deficit, growth and inflation. In a released statement, it signaled that an increase in oil prices will put the country in a difficult situation. The Turkish Central Bank has estimated that “with every $10 increase in oil prices, the current account deficit raises by $4 billion to $5 billion” and could also increase inflation.