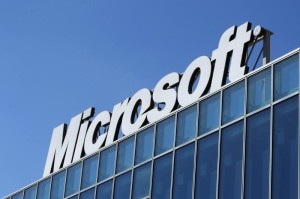 Algeria and Kuwait have been branded by Microsoft Corporation as a hub for two malicious viruses that can execute functions such as viewing a computer screen in real time, recording keystrokes, stealing passwords and listening to conversations. Richard Domingues Boscovich, assistant general counsel of Microsoft’s cybercrime-fighting Digital Crimes Unit has warned that the viruses are known as Bladabindi and Jenxcus are present in almost 30% of the world’s computers. The developers of these viruses are in Algeria and Kuwait. They have promoted it on the social media and YouTube with tutorials. At least 500 people are already in possession of it.
This is the first time that Microsoft is dealing with a malicious virus of such pedigree outside of Eastern Europe. Although the number of affected computers is unknown, Microsoft stated that its anti-virus detected more than 7million infections in 2013. According to Boscovich, the detection of the two viruses “really demonstrates the globalization of cybercrime.” He added that Microsoft has “never seen malware coded outside Eastern Europe that is as big as this.”
Algerian and Kuwaiti authorities have not commented on the matter. An order from a federal court in Nevada allowed Microsoft to disrupt communications between infected machines and a Reno, Nevada, firm known as Vitalwerks Internet Solutions. Bladabindi and Jenxcus are written in similar ways. Microsoft believes that its crackdown on them will be the most successful private effort to date to crack down on cybercrime by moving to disrupt communications channels between hackers and infected PCs.
Vitalwerks are cited for not doing enough in controlling the use of its network by hackers because 94% of all machines infected with the two viruses communicate with hackers through their servers. Its spokeswoman has declined to make comments.