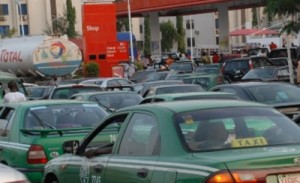 Protests in Sudan have been going on for more than a week now and the Finance Minster has stressed that the government won’t go back on its decision to install the oil subsidies. He insisted that such decisions are not under the control of the government as he stated that “if international oil prices go up, we’ll increase fuel prices.”
Although petrol prices have almost doubled when the decision was implemented a week ago, the minister hinted that one of the major factors of the austerity measures is because of “the closure of the South’s oil wells” that Sudan couldn’t broker a deal with for the use of its oil pipeline and port after its independence; costing Sudan billions of dollars and taking a major bite on its budget because it wasn’t foreseen. As of now, the Finance Minister said no matter “whatever happens”, there will be no U-turn concerning the subsidies.
The recent protests in the country are believed to be inspired and motivated by the Arab Spring witnessed in neighboring countries. On Monday, Protesters in the eastern town of Gedaref chanted slogans such as “the people want to overthrow the regime” before setting ablaze the ruling party’s local office in the area.
In his first speech since the demonstrations started, the president described the protesters as “aliens and bubbles who will be dealt with through institutions”. Demonstrations are now entering the 11th day since it started in the capital before spreading.
The austerity package which forced the removal of oil subsidies is part of measures to balance the budget which is suffering from a $2 billion deficit. Senior state officials will soon have their salary reduced and the number of civil servants will also be downsized.