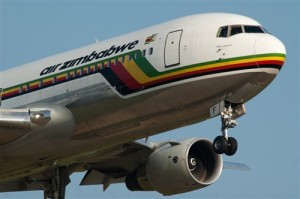 The Zimbabwean air carrier, Airzim, may be prohibited from using international airports and air spaces of other countries if it does not comply with global safety standards in the three month deadline set by the International Air Transport Association and may also lose its IATA membership.
Airzim was informed last week that it will lose membership in the world aviation body if it fails to comply with the international safety standards in three months.
Airzim failed to carry out the IATA required Operational Safety Audit (IOSA). The audit measures an airline’s system of operations, covering the operation of flights, boarding procedures and other aircraft safety matters.
Airzim acting CEO, Innocent Mavhunga , confirmed the carrier failed to carry out the audit for the past six months due to financial challenges.
The carrier did not have money to pay salaries, so the workers stopped going to work and when the auditors came recently, there was no one in office and no planes to audit, Airzim acting CEO said.
He said Air Zimbabwe was making efforts to comply with IATA requirements because it wants to benefit from skies safety.
Airzim workers started returning to work after they were paid half their salaries last week, Mavhunga said expressing hope that the problem will be solved very soon and that the Government will do something to bail the carrier.
IATA is a global aviation body that works with airline members and the air transport industry to promote safe, reliable, secure and economical air travel for the benefit of world travelers.
IATA members are required to conduct an audit every two years.