Saham insurance group, one of the leading insurance companies in Morocco and at the level of Africa, has acquired 40% stakes of Unitrust Insurance, a Nigerian company dealing in the non-life insurance segment. 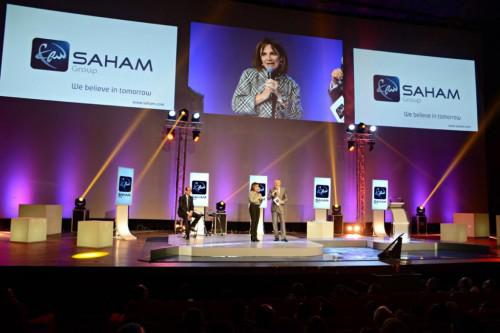 After Kenya, Angola and Rwanda, Saham group vied Nigeria, a choice that is not fortuitous as the West African country, often referred to as the “Giant of Africa”, due to its large population which is almost 180 million strong and its expanding economy, is one of the greatest potential in the African insurance market.

With this new acquisition, whose price was not disclosed, Saham group hopes to benefit greatly from the performance of the Nigerian insurance sector that collected in 2013 about $ 19 million, in an environment where the insurance market is worth over $ 11.4 billion and has promising growth prospects.

Moulay hafid Elalamy’s group intends to capitalize on the new purchase to become “the third operator of the insurance industry in Nigeria in the coming years,” according to the group’s deputy managing director, Nadia Fattah.

She told Al HuffPost Morocco that the group will next focus the radar on East Africa to conquer other promising markets.

Saham group had purchased in late 2010 the Pan-African insurer Colina and started thus operating in eleven African countries at once. The group, which is listed on the Casablanca Stock Exchange and which is operating in some twenty countries, posted in 2013 a total turnover of over $ one billion. In Morocco alone, it made a turnover of $ 400 million, becoming the third largest insurer in the North African kingdom.