President Robert Mugabe has affirmed his desire to stay in power after amending Zanu-PF’s constitution. The changing of the party’s constitution is seen by many as a move to quell any challenge against his leadership in the party. At 90 years, Mugabe stands alone as the oldest ruling president in the world. 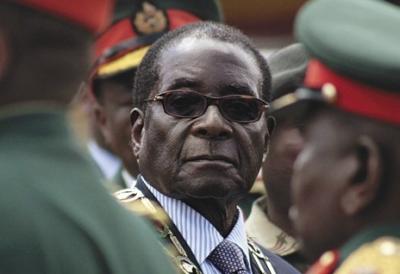 Mugabe has ruled Zimbabwe since its independence in 1980. Either deputy president Joice Mujuru or Justice Minister Emmerson Mnangagwa is expected to be his successor. In the past few weeks, Mujuru has been under pressure from Mugabe’s wife Grace and state media to resign. Mujuru is being accused of plotting to challenge Mugabe in the party’s next congress scheduled to be held from the 2-7 December. Her allies have been suspended or sacked for supporting her.

Therefore, the changing of election of deputies to appointment by Mugabe is believed to be motivated by alleged suspicions of Mujuru’s intentions. Mugabe will enjoy unassailable control of a party he has led since 1975 if the amendment is adopted by the larger Central Committee this week before its endorsement at the congress, where he is expected to be elected unopposed as party leader.

The chairman of the party said they have agreed “far-reaching amendments” to their constitution. An official of the party stated “the logic” behind the decision is to “bring cohesion in the party.”
The post Mugabe era is still a debate in Zimbabwe.