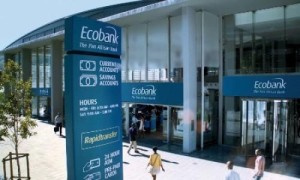 The Pan-African banking group Ecobank Transnational Incorporated, announced in a statement signed on 9th December 2014, having mobilized from Deutsche Bank, an unsecured loan of an amount of $ 200 million repayable in one year, as part of syndication, which was characterized by a primary oversubscription to $ 230 million.

“This transaction reflects the strength of the Deutsche Bank distribution platform and strong execution capabilities in difficult market conditions. The product of this mobilization will be used for general corporate purposes” said Ecobank head office in the statement.

This new operation confirms a comment made by the rating agency Fitch Ratings in its rating of 15 October. He pointed out that the entry in the Ecobank Transnational Incorporated capital of two strategic partners namely Qatar National Bank and the South African , had improved its ability to raise funds for its ordinary operations.