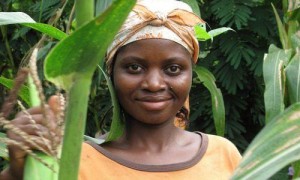 The government has received from the World Bank a loan of US $ 100 million for its investment project and development of agricultural markets. The agreement was signed on Monday, December 15th , in Yaoundé between the Director of Operations of the World Bank in Cameroon, Gregor Binkert and the Minister of Economy, Planning and Regional Planning, Emmanuel Nganou Djoumessi.

The financial agreement will help support and develop the cultivation of maize, cassava and sorghum in the next five years. And, above all, will enable 120,000 small farmers in Cameroon to supply agro-industrial groups such as Nestle and Guinness.

Guinness has already committed itself , through an agreements signed with the Ministry of Agriculture and Rural Development to buy 9,000 tons of sorghum per year; Nestlé for its part, concluded that it would need 1,500 tons of starch per year; The Bakers Association has reported a need for 50,000 tons of flour per year, etc.

These are the two benefits to be expected from this loan of 50 billion CFA which the World Bank will provide to Cameroon. The country needs annually 200,000 tons of maize, 1.4 million tons of cassava tubers (for 30,000 tons of flour and starch) and 30,000 tons of sorghum.