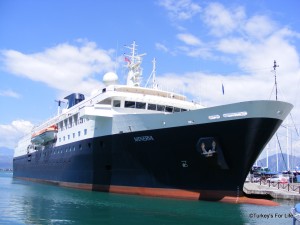 Djibouti will invest more than $ 9 billion in three years in harbor infrastructures and related activities, announced the president of the Authorities of harbors and Free Zones of Djibouti, Abubaker Omar Hadi.

“We will invest US $ 9.803 billion in the next three years to strengthen the competitiveness of our country as a transhipment hub and platform redistribution of goods and commodities between East Africa and the rest of the world”. He has indicated in a statement issued on Friday in Djibouti daily newspaper “the Nation”.

According to him, Djibouti, located on one of the busiest shipping lanes in the world with 90 ships passing daily, will take the full advantage of its strategic position, to give priority to the synergy between the land, the sea and air to release the economic potential of Africa.

“We will work and we will provide all the means to become a hub of international excellency recognized with the modernization of our harbor infrastructure. Moving forward, we have embarked in the achievement of large infrastructure projects in order to be the first logistic platform for the region, “he said.

Hadi has said further that in parallel with the construction of future port facilities, airports and Free Zones, Djibouti is also developing a road and rail infrastructures to connect countries of East Africa to the ports of Djibouti.

This small country in the horn of Africa has less than one million population, has announced the the construction of six new ports, four of which are under construction, including the harbor of Tadjourah and Ghoubet, the multipurpose harbor of Doraleh and Damerjog livestock harbor.