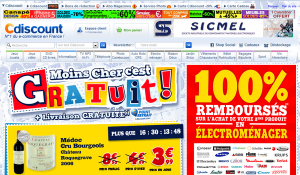 Cdiscount Cameroon, the local subsidiary of the French online business operator Cdiscount, was officially launched on the 21st November, 2014 in Douala, the economic capital of Cameroon. Its legal notice was published on the 31st December 2014.

With an initial capital of 20 million FCFA, the online business operator has suggested to carry out other activities, ” mail of all types of products through all media and related activities; the sales and marketing of goods and services, including Internet, on any other online network and by other means such as; studies, designs, publishing, hosting, maintenance, management and operations of e-commerce websites … ”

On the 1st December 2014 the French group Casino has announced the launch of Cdiscount in Cameroon, after Ivory Coast and Senegal. According to the officials of Casino Cdiscount Cameroonian customers will have access to more than 50 000 references available on the website, with prices expected to be “the cheapest on the market.”

These same customers can also settle their orders by mobile money, cash point of withdrawal, cash on delivery at home or by credit cards. For the launch of the website, two modes of delivery will be offered, at home or at a withdrawal point.

Cdiscount has announced in June the creation of a joint company for online sales in Africa, in partnership with the Bolloré Africa Logistics group. This joint venture is built on the respective strengths of the two groups of Cdiscount expertise in e-commerce in France and logistics skills of Bolloré in Africa.