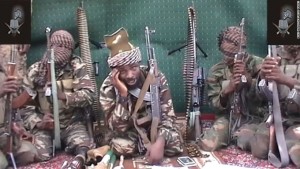 Boko Haram has been pushed back by Cameroonian forces after it attempted to take a military camp in Kolofata, located almost 10kilomtreres away from the border with Nigeria. The Cameroonian government is claiming that hundreds of extremists have lost their lives in the attack. In December, the group did take over, for a short while, a Cameroonian military camp on the border but it was forced to flee after being targeted with airstrikes.

A security force source said the fighting was heavy and locals left the area as soon as it started. A member of the Rapid Response Battalion (BIR) was killed in the attack but Communication Minster Issa Tchiroma stated that between 200 and 300 Boko Haram fighters were also killed in the attack. Heavy military equipment and vehicles were also left behind by the fighters.

Cameroon reinforced its military presence along its border with Nigeria after Boko Haram promised to intensify its campaign. It is estimated that the group has killed more than 10,000 people since it started its campaign in north eastern Nigeria.

Although Boko Haram has been raiding Cameroonian villages along the border, Monday’s attack is the second major attack against the military. Unlike in Nigeria where the group has executed successful raids against military camps, Cameroon has been able to neutralize the attacks.

Most of northern eastern Nigeria is under the group’s control. The Nigerian government has since May 2013 declared a state of emergency in Adamawa, Borno and Yobe; the three states where most of the deadly attacks have happened. President Jonathan of Nigeria has been heavily criticized for his response against the extremist group.

Boko Haram is against formal western education and wants to establish an Islamic state in the region.