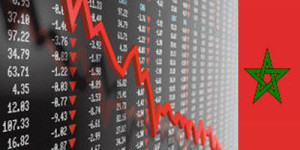 The International Monetary Fund (IMF) has forecasted   the Gross Domestic Product (GDP) of Morocco for the two coming years. The institution has announced on 23rd February that the Moroccan economy is expected to grow 4.4% in 2015 and 5% in 2016 after a poor performance last year (2.9%).

“The growth will remain robust in the medium term as external demand and domestic confidence will recover,” said the IMF in a report following a mission analysis of the Moroccan economy. “The Moroccan economy significantly advanced on maintaining macroeconomic stability in a difficult environment,” The IMF added.

The Bretton Woods institution noted in this context that the current account deficit was reduced to around 5.8% of GDP in 2014 “thanks to the sharp rise in exports of newly developed industries and the decline in international oil prices”. The current account deficit is expected to be reduced to 3.3% of GDP this year. The public deficit should be, in turn, reduced to 4.3% of GDP in 2015 against 4.9% last year. It would continue to decline in 2016, reaching 3.5%.

“Inflation has remained low and the financial sector remains sound. The 2014 current account deficit narrowed to an estimated 5.8 percent of GDP due to booming exports from newly developed sectors and lower oil prices,” the IMF further noted.

The IMF points out, however, that “structural reforms remain crucial to reduce unemployment, diversify the economy and promote a stronger and more inclusive growth. It recommends the Moroccan authorities to make greater efforts to streamline administrative procedures, fighting corruption, reform the labor market and increase the efficiency of expenditure on education and vocational training. “