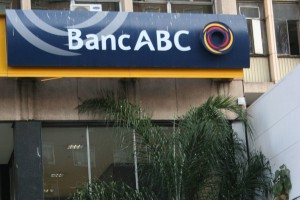 The African Development Bank (AfDB) has announced on March 12th, in a statement, to have granted US $50 million multi-currency line of credit (LoC) with a seven-year tenor to the financial institution ABC Holdings Ltd. and its subsidiaries in Botswana, Mozambique and Zimbabwe.

“ABC Holdings Ltd. (ABCH) is a rapid growing financial institution targeting local small and medium enterprises (SMEs) in these countries covering various sectors such as construction, agriculture, manufacturing, transport and services. ABCH is gradually increasing its SME portfolio share targeting 30% by end of 2018 as it plans to expand its retail network across countries” said AfDB in a statement.

ABC Holdings is the parent company of five banks operating in Botswana, Mozambique, Tanzania, Zambia and Zimbabwe, under the brand name BancABC.

This institution was bought in August 2014 by the investment company Atlas Mara, founded by Bob Diamond, the former boss of Barclays, in association with the billionaire Ashish Thakkar and Arnold Ekpe, former CEO of the Ecobank Group. ABC Holdings particularly targets small and medium enterprises (SMEs) operating in several sectors such as construction, agriculture, industry, transport and services.

This facility will also cover Zimbabwe where many enterprises face liquidity challenge. The facility is expected to support at least 200 SMEs, including Botswana, Mozambique and Zimbabwe and will generate 800 jobs, including 400 jobs for women, during the period of the project.