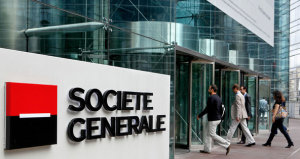 The French bank Société Générale has acquired a stake in The Mauritius Commercial Bank of Mozambique, as part of its strategy for growth in Africa, the bank said in a statement issued on Thursday in Paris

Société Générale, which did not disclose the amount of the transaction, said in a statement that it will take a majority stake in the Mauritius Commercial Bank of Mozambique (MCBM) through a capital increase.

” The acquisition, whose financial details were not disclosed, will be carried out through a capital increase reserved for Société Générale, which will take a controlling stake, and still requires approval from the Bank of Mozambique.” says the same statement.

Societe Generale has announced last December obtaining approval of the Togolese authorities to open a branch in Lomé. The banking group, present in 17 African countries, boasts of 2.8 million customers including 172, 000 businesses on the continent.

Recall that The French bank has been present in Africa since 100 years, starting in the French speaking area: Senegal, Cameroon, Ivory Coast and Guinea. In each of these countries, the group holds more than 20% market share. Beginning 2013, the Company employed 15,000 employees overall in Africa to a network of 1,000 branches. The group develops its mobile and Internet services in order to conquer the unbanked households.

In the statement, the French bank notes that Mozambique has a strong potential for growth, particularly of infrastructure to support the recent discoveries of natural gas.