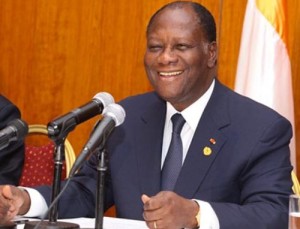 The World Bank has announced on 26th March, in a statement, that it has   granted the Ivory Coast a loan of $ 50 million to promote employment opportunities for youth and develop vocational training programs.

This funding will support vocational training schemes and employment program that will allow young people to gain experience in key sectors of the economy.

« Enormous challenges persist due to the high concentration of the labour force in self-employed informal and low-productivity occupations, particularly among the poor, female workers, and people living in rural areas »   said the WB in the statement.

This additional financing is strongly supported by the Government of Côte d’Ivoire as a request to boost activities under the original project because of its immense success in the country to help the underserved youth population to find employment, improve their job skills, and contribute to the stability of the country instead of to the political tensions,” said Hamoud Abdel Wedoud Kamil, Snr. Education Specialist and Task Team Leader of the project.

Since 1990s, Côte d’Ivoire has experienced detrimental political, social, and economic crisis, culminating in a 2010 post-electoral violent conflict. Throughout the past decade a poor education system, the politicization of higher education, and high unemployment and poverty rates have persisted in the country.