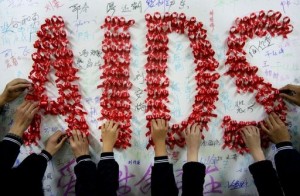 An anti-retrovirus medication factory started activity in Mozambique over the weekend.
The plant, the first of its kind to be built in Africa, will initially package, store, conduct quality control and distribute the anti-retrovirus medication, mainly nevirapine, produced in Brazil. The facility will start producing the pills by the end of the current year.
Initially, three antiretroviral drugs will be produced – Lamivudine + Zidovudine, Nevirapine and Ribavirin – totaling 226 million pharmaceutical units per year that will be distributed to patients. Another five drugs will be added to the list in the future.
In addition to the antiretrovirals, another 21 types of drugs are scheduled to be produced. Overall, the factory is expected to produce about 371 million pharmaceutical units per year.
The factory, requiring a total investment of $99 million, was built with the assistance of Brazil which contributed $23 million to the project, destined to ease patients’ access to quality medicines and fight the HIV/AIDS plague in the southern African country.
In Mozambique, some 2.5 million people, or nearly 12 percent of the 24 million strong population, are HIV infected, but less than 300,000 of these patients are treated with anti-retroviral drugs.