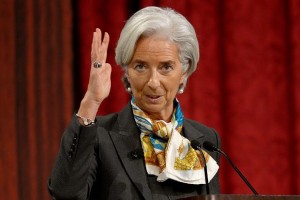 The International Monetary Fund (IMF) argued in a report published on 6th April for a better regulation of Islamic finance which assets currently amount to $ 2,000 billion.

“The Islamic finance, which is experiencing a very rapid growth, must be regulated and harmonized best to continue its development,” said the institution.

Finance that respects the principles of Islamic Sharia prohibits such speculation, the use of interest rates, which is likened to bear products with excessive uncertainty or investments in products considered as illicit alcohol or games of chance.

For the IMF, this sector is currently governed by regulations mainly from traditional finance, which require a regulatory framework and supervisory structures that meet its specific risks. The international financial policeman underlines the “need for greater harmonization and clarity in the regulation, greater cooperation between those responsible to set standards in Islamic and conventional finance, and improved tools for effective supervision. »

“Islamic finance operates in an environment where laws and taxation, financial infrastructure and access to financial safety nets and liquidity of the Central Bank are either absent or inadequate to its characteristics,” says the IMF.

The Bretton Woods institution indicates, however, that the fact that Islamic finance prohibits speculation and advocates a risk-sharing system indicative that it poses less risk than conventional finance.

The IMF also underlines the support that this type of finance could bring to small and medium businesses and its potential role in terms of investment in public infrastructure through Islamic good (“Sukuk”).

The weight of the halal finance has doubled in four years to reach $ 2000 billion. It does, however, represents less than 2% of the total bank assets, estimated at $ 140 000 billion.