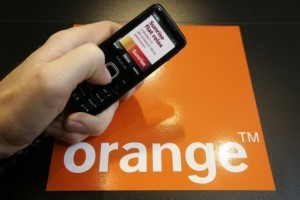 The mobile operator Orange Tunisie was sentenced to pay a sum of 30,000 dinars (about 15,000 dollars) to the National Telecommunications for illegal business practice. The sum represents 0.01% of the revenue generated by the telecom operator in 2013.

In its statement released on Thursday, April 23rd, 2015, INT specifies that the subsidiary of Orange, “does not comply with the notice and the injunction addressed to him dated 12th September 2014 and January 13th, 2015 ordering it to cease, illegal practices relating to non-compliance rates display conditions and characteristics of market offerings and clear and legible indication of facial communication tariffs.”

In these orders, it was indeed ordered Orange Tunisia to end illegal practices relating to non-compliance rates display conditions and characteristics of market offerings and clear and legible indication facial call rates in all the written and audio-visual advertising media.

This condemnation against Orange Tunisie was decided at the meeting of the INT College held on April 22nd, 2015. It was made in accordance of the paragraph 3 of Article 74 of the Telecommunications Code on transparency and readability rates to the benefit of end users.