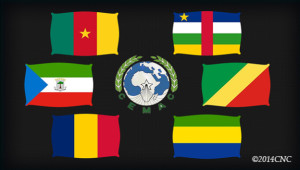 The International Monitary Fund has announced on May 7th that the CEMAC economic zone growth is forecasted to fall to 2.2% in 2015 against 4.6% in 2014. This forecast is much lower than that announced in late March by the Bank of Central Africa states (BCEAC), i.e. 4.2%.

The IMF said the drop in crude oil prices has not had a significant impact in 2014, “but it should weigh on economic activities in 2015 by lowering the growth rate to 2, 2% due to the decline in oil production and public investment. ”
“2015 will be a challenging year for the CEMAC zone,” summarized Mario Zamaroczy (pictured), head of a mission of this financial institution which has stayed in Libreville, Gabon and Yaoundé from April 23rd   to May 7th

“The fall in oil revenues, the continuation of public investment programs and the fight against insecurity in the region of Lake Chad and the Central African Republic have widened the regional budget deficit, which stood at 5.2 % of GDP in 2014. The deficit is expected, according to projections, continue to deteriorate in 2015 and 6.8% of GDP “, has also said the IMF in a statement issued after the visit.