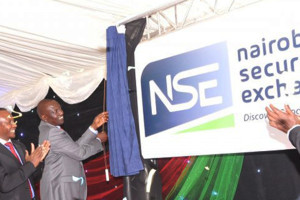 The Nairobi Securities Exchange has lost 6.75% of its value during the month of May 2015. According to official sources, foreign investors took out Sh1.5 billion from the stock market in May pushing the year-to-date outflow to nearly Sh5 billion.

According to the Data compiled by Standard Investment Bank (SIB), the highest outflows came in the first week of May when the investors took out Sh900 million, 80 per cent from the Safaricom counter.

Foreign exchange risk and capital gains tax uncertainty are seen by analysts as the trigger of the capital flight amidst improving prospects in competing markets such as Nigeria and Egypt.

Other analysts said that it is the US dollar liquidity that constitutes a discouraging pattern for foreign investors. Dollar returns for the Nairobi Securities Exchange (NSE) FTSE 15 index — which tracks the biggest 15 counters and is mostly used by foreign investors in picking their portfolios have also fallen as the shilling weakened. They were negative 9.8 per cent in May according to African Alliance.

“Foreign investor activity has been high, above 50 per cent on average, and inclined towards distributive activity.

“Capital gains tax is also a factor due to the vagueness of the law and the uncertainties…for investors, uncertainty is a risk, therefore, it has an impact on investment decisions.”

Market analysts warn the risk of capital outflows to Nigeria and Egypt remains high, following peaceful elections in Nigeria and the decision by Egypt to do away with CGT on equities.