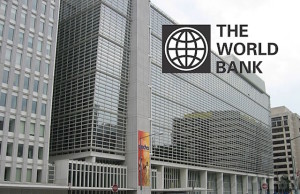 The World Bank agreed to give Angola $650 million in financial support to help stabilize an economy that’s reeling from a plunge in oil prices. That’s the first World Bank financial aid for Angola since 2010.

In a statement published on Thursday, the World Bank said it approved a $450 million loan and $200 million of guarantees.

“Given the current global environment, Angola needs to put in place a fiscal policy to be able to continue its efforts to diversify the economy, with greater discretionary expenditures, while protecting the poor and the most vulnerable,” Clara Ana de Sousa, the World Bank’s country manager for Angola and Sao Tome and Principe, said in the statement.

Africa’s second-largest oil producer is struggling to cope with a more than 40 percent plunge in crude prices in the past year.

The World Bank said its support will help Angola implement reforms to boost revenue, strengthen public investment management systems and reduce fuel subsidies. The government had approached the World Bank in September for help, it said.

Last Monday, Angola’s central bank raised its benchmark interest rate for a second time this year after the currency was devalued, stoking inflation.

The policy rate was increased by 50 basis points to 9.75 percent, the Banco Nacional de Angola said in a statement on its website last Monday.

In February, The government cut its 2015 budget by 26 percent, while predicting the fiscal gap will reach 7 percent of gross domestic product. The currency has weakened 16 percent against the dollar on the interbank market this year.

The government plans to borrow $25 billion this year, with $15 million coming from Treasury bills and bonds and the rest from foreign debt.