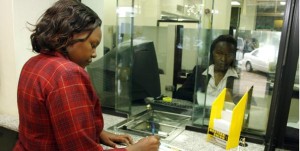 Kenyans working abroad sent home Sh12.9 billion in May, a 7.6 per cent increase from the Sh11.9 billion remitted in May 2014. Yet, the government says nearly half of the amount remitted is not captured in the official figures.

According to the Central Bank data released on Friday, a month earlier, in April 2015, remittance inflows stood at Sh12.3 billion.

“The increase in May was largely reflected in inflows from Europe and the rest of the world,” the Central Bank indicated.

Over the same period, inflows from Europe, accounting for 30.8 per cent of the total, increased by 20.9 per cent to Sh3.9 billion from Sh3.3 billion.

The Treasury estimates that Kenyans in the Diaspora sent some Sh11 billion through unofficial channels last year, which equals almost the sum sent officially, underscoring challenges associated with sending money into the country.

The Central Bank now requires all businesses used to remit money into the country to be licensed by it to help keep track of the cash and ensure the country is not used for money laundering or financing terrorism.

The Diaspora community at a conference last weekend urged the government to set up a fund to shield them from the foreign currency losses they incur when they transfer money. Such a measure would increase the inflows which have been growing over the past years, they argue.