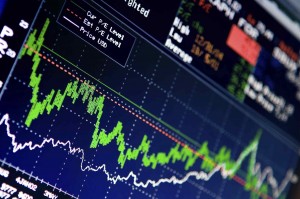 I remember the Emergence scenario I was expecting for North & West Africa back in the mid 90’s when i started my career in Emerging markets as African & Arab Credit Specialist; we were already foreseeing for just the next decade exactly what we were witnessing on “Latam” (Latin American) economies at the time of their sovereign debt restructuring.With the capillarity of neighboring Europe, the emergence of “Mercosur” (the south American common market) version in the Maghreb was granted with Algeria in the role of the energy foothold and Morocco as the liberal & stable economy reference for the region. Experience taught me that long term forecast is often issued just to be ignored by facts: instead of a regional coordinated emergence, Morocco had to seek salvation in diffusing the demographic time bomb on its own, and turned North to face the EU, just like every other country in the area.

All throughout the years 2000, after the painful enforcement of theWorld Bank and IMF sponsored S.A.P. (structural adjustment program), the country made a giant leap on the emergence variables, taking them to near-European standards: Infrastructures & utilities, housing, Information technology, business friendly institutions, professional formation, fiscal law, banking sector; more over, it reinforced its liberal stance…And it worked !

No one can today deny the effective and ongoing business and social progress, still with flaws (education, justice & corruption, external balance, employment…) but pursuing the promises to fulfill the ambitions of a young king: improving human development ratios and providing social & economic operators with a framework leading to perennial Growth and Progress. Not to mention the latest constitutional democratic refreshment recognized as a significant progress by all observers, if not perfect. One should be grateful enough to recognize today that nothing could have been achieved without the strong partnerships built with the EU (mainly France) and the US.

During that process of emergence, the country has learned a lot in the fields of Governance & Management: local democracy, nationwide infrastructure development, priority resource management, institutional development bodies, foreign currency &investment attraction, equitable multinationals partnership, human development-oriented policies, minimal food & energy accessibility to the weakest… If Morocco still has to complete its achievement and success in the above departments, its African southern neighbors haven’t yet convinced that they are safely engaged on the same route. A lot has to be shared on these issues, key to reaching a pre emergence level for a nation.

But now facing dramatic headwinds in the economy (stemming from the unfolding Western Economic recession), the rise of social conflict in the Arab world and the potentially devastating globalization, the kingdom has lately restated its geo-economical stance, in terms of assets and potential. It realized that there can be no medium term prosperity without a regional harmonization at its Southern borders, because staying pegged only with the Western economy keeps it dependent in terms of Growth.

The only opportunity for Morocco’s short term economy lies in the widening of the spectrum of trade & finance with its partners: from an almost exclusive focus on the West (USA) and North (EU), it has now to broaden its opening by 90 degrees towards the South, and at full speed.

With strong assets as the FTA’s (Free Trade Agreements) signed with virtually all its major Partners and the development of transportation connections and infrastructures, with the outrageous good health of its financial sector and the development of the Casablanca Financial Center project (a 1Stop1Shop investment platform dedicated to the region), the country is clearly positioned as a Trade & Financial hub between North America, Europe, the Middle east and West & Central Africa.

If conducted properly, this repositioning strategy can produce a “win/win/win situation”: win for Morocco, win for the development of its southern partners, and win for western exporters & investors looking for safe investments in virtuous developments, uncollateralized from their domestic financial turmoil. To that end, North, West & Central African partners must pro-actively set an accelerated convergence program for coordinating their economies in order to better integrate them.

This convergence program should act like a growth & development enhancer and a protection belt from the upcoming lashes of the recession in which Western nations have been slipping in since 2007 and that will still hurt their economies for the better part of the current decade. It is the only way out of recession for the Region’s economies.