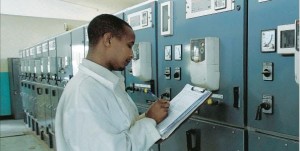 According to local newspapers, The Energy Regulatory Commission (ERC) has adjusted fuel cost on electricity consumed in August upwards to Sh3.11 per unit, from Sh2.51 in June, indicating increased use of diesel generators despite recent heavy rains and high geothermal power injected into the national grid.

The adjustment, the highest since May 2013, marks the fourth consecutive upward monthly adjustment to cover the cost of the weakening shilling. Officials said that insufficient rains had denied consumers cheaper electricity because inadequate water in key dams has depressed low-cost hydro power generation.

Recently, Kenya Power, the nation’s sole power supplier has signed an agreement to purchase electricity from a 100MW wind farm whose construction is expected to start later this year.

The Kenya Electricity Generating Company also plans to construct a 100MW wind power plant as part of a drive to generate 450MW in the next three years.

East Africa’s biggest economy also aims to halve bills from the current price of about $0.18 per kWh in three to four years from now by relying more on renewables than on diesel-fired power plants. Kenya uses costly diesel plants to cover supply shortfalls.

The country already relies on renewables such as geothermal and hydro power, and aims to expand its installed generation capacity to about 6,700MW by 2017, from about 2,500MW now.