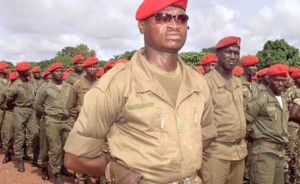 The West African nations on Sunday warned the army to stay out of Guinea Bissau’s constitutional crisis, saying only dialogue would end the standoff between the president and the Prime Minister he sacked.

The West African nation of Guinea-Bissau has been plunged into fresh political turmoil after the president sacked the Prime Minister and other members of the government in a row.

The move came after President Jose Mario Vaz said in a broadcast to the nation late last Wednesday there was a “crisis” in relations with the Prime Minister that were undermining the functioning of government, raising fears of instability.

Senegal’s President Macky Sall, who heads ECOWAS, the Economic Community of West African States which groups 15 countries, appealed for talks between the two men to end weeks of tension.

In a statement, he urged them “to continue to explore peaceful ways of resolving the impasse and the armed forces to respect their undertakings to stay out of politics”.

The UN Security Council on Friday discussed the unfolding crisis in Guinea-Bissau and stressed that security forces must stay out of it.

In a unanimous statement, the 15-member UN Security Council urged all sides to “resolve the ongoing political dispute in the interest of peace in Guinea-Bissau.”

The West African country has been rattled by the president’s decision to sack his prime minister over a series of disputes including the naming of a new army chief.

A military coup in 2012 threw Guinea-Bissau into chaos and the country has barely begun to recover following last year’s election.