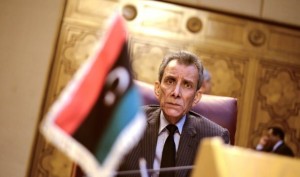 The Arab league has pledged to help the internationally recognized Libyan government fight the Jihadists who are expanding their influence and activities in the North African nation but adopted no clear cut decision about this help, merely saying that Arab States could provide, individually or collectively, whatever assistance was deemed necessary.

At the end of an emergency meeting held Tuesday in Cairo, the 22-member Arab group said “there is an urgent need to swiftly put into place an Arab strategy that includes military assistance to Libya in confronting Isis”.

The North African country, where civil war is raging, is split between the official government in the eastern city of Tubruq and its rival in Tripoli to the west. Large parts of the country are under the control of local militia groups.

The meeting was held at the Libyan government’s request which urged Arab countries to launch air strikes against the Islamic State after the militant group seized further ground in the coastal city of Sirte.

During their meeting, the Arab officials discussed the possible creation of a coalition to intervene militarily against Isis in Libya, in response to the atrocities carried out by the militant group in Sirte. Yet, they did not say whether the intervention would involve air strikes or troops on the ground, leaving it to the Arab foreign and defense ministers to discuss operational steps at a meeting scheduled for August 27.

According to details leaked from the meeting, Arab countries are divided about a military intervention in the North African chaotic country. While Egypt, Jordan and the United Arab Emirates strongly supported providing military help to Libya, Algeria and Qatar opposed any outside intervention, before the outcome of the ongoing dialogue sponsored by the United Nations.

Meanwhile, the Tripoli-based General National Congress (GNC) had sent a letter to the Arab League warning that without the endorsement of the GNC and the government, any decision to approve military action in Libya by outside forces would mean an end to the UN-brokered Dialogue process.

The growing danger of the Islamic State in Libya has prompted increasing concern among European and Arab powers, particularly Egypt, which shares a long and porous border with Libya.

France, Germany, Italy, Spain, Britain and the United States have strongly condemned the ongoing barbaric acts by ISIL-affiliated terrorists in the Libyan city of Sirte.

“We call on all parties in Libya aspiring to a peaceful and unified nation to join efforts to combat the threat posed by transnational terrorist groups exploiting Libya for their own agenda”, said the six countries.