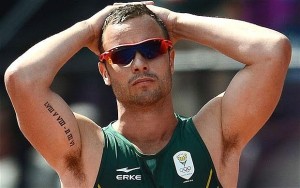 South African Paralympian Oscar Pistorius, serving a five-year prison term for killing his girlfriend, will not be freed on parole this Friday as expected because the decision to release him was “premature”, the justice ministry said Wednesday.

The athlete was expected to be released after serving 10 months of a five-year sentence for killing his model and law graduate girlfriend Reeva Steenkamp on Valentine’s Day in 2013.

The Justice Minister Michael Masutha said in a statement that a June decision to release him on Friday had “no legal basis” and would be suspended pending a parole board review.

“It is therefore clear that there is no legal basis upon which such a decision was made … one sixth of a five year sentence is 10 months and at the time the decision was made Mr. Pistorius had served only over six months of his sentence,” Masutha said.

The Progressive Women’s Movement of SA (PWMSA) has written to the Justice and Correctional Services opposing the release of the Paralympian Oscar Pistorius.

In June, the Correctional Supervision and Parole Board (CSPB) confirmed that Pistorius would leave the Kgosi Mampuru II prison in Pretoria on August 21.

Pistorius was sentenced in 2014 to five years in prison for killing his girlfriend, and for three years – suspended for five – for discharging a firearm in a restaurant.

The Supreme Court of Appeal will hear the State’s appeal against the former athlete’s conviction in November.