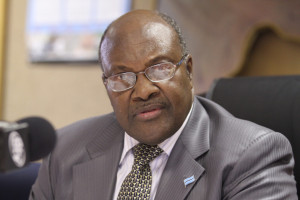 Botswana split its 2015 growth forecast due to expected weakness in the diamond market, the finance ministry said in a 2016/17 budget strategy paper on Thursday.

According to the Finance Minister Kenneth Matambo, the government now expects the economy of the world’s biggest diamond producer to grow by 2.6 percent this year.

“The domestic economy is forecast to grow by 2.6 percent in 2015, underpinned by expected decrease in demand for diamonds in the global market,” the strategy paper said.

“A higher growth rate of 4.9 percent is projected for 2016. However, the downside risk to these projections continues to be the country’s high dependence on diamonds, whose demand and prices are subject to global fluctuations.”

Non-mining output growth in Botswana was expected to be above trend in the medium-term.

Botswana, which also imports power from Eskom, faces power supply problems as a consequence of the non-completion of the Morupule B power station.

The mining-rich country also faces a water crisis, as the Gaborone Dam was less than four percent full.

Last year, the economy grew at 4.4 percent, the lowest growth rate recorded since the economic recession of 2009.

In February 2015, Finance Minister Kenneth Matambo had announced a growth target of 4.9 percent for this year.

A sustained weakness of the diamond market throughout the year has seen diamond prices softening while annual output targets have also been trimmed.