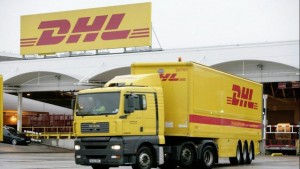 Speaking in an interview to reporters in Johannesburg on Tuesday, the Deutsche Post Chief Executive Officer Frank Appel said that DHL is focusing spending on gateway facilities, warehouses, vehicles and information technology.

According to the CEO, Africa’s emerging middle class, increased political stability and productivity gains through digitalization will fuel growth and lift demand for DHL services as businesses order and distribute more products.

“With increased foreign direct investments and continued macro-economic growth, I believe that Africa will be an economic powerhouse in the future. The region is abounding with untapped opportunities and has much scope for growth,” Appel told reporters.

“DHL Express continues to invest significantly in sub-Saharan Africa in order to ‘Lift the Platform’, to expand our capabilities and cater for continued growth across all markets, with planned investment of millions of Euros across the region in 2015,” he said, adding that major projects underway include upgrades to facilities and shipment handling systems in South Africa, Kenya, Uganda, DRC, Rwanda, Angola, Zimbabwe and Botswana.

The Bonn-based company is seeking to lift revenue from emerging markets to 30 percent of the group total from 22 percent. Growth remains achievable even with the current turmoil in global markets, the executive said.

Sub-Saharan nations are expected to post growth averaging 5 percent in 2016, up from 4.5 percent this year according to forecasts of the International Monetary Fund.