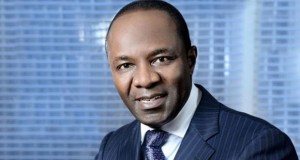 Nigeria will start reforming its oil industry using existing laws before it passes a long-awaited Petroleum Industry Bill (PIB), which will take a while to fine-tune, the new head of the state-oil company NNPC said on Tuesday.

Emmanuel Kachikwu, a former Exxon executive who was appointed by President Muhammadu Buhari last month said that “because of the volume of extensive consultation and time required to make the bill a workable document, it is only natural to kick start the reforms in the industry with the existing laws while waiting for the eventual passage of the proposed law.”

The head of NNPC said the current bill, pending before lawmakers, would need to be fine-tuned to address all the issues such as cost especially after crude prices have declined to their lowest since early 2009.

“Sometimes people don’t realize that the problem hasn’t been NNPC, it is a problem of political will to … implement the outcome of research and reports that have been done,” he said.

“This time around … the President has strong political will to see this through.”

In June 2015, Nigeria’s president has dissolved the board of the country’s state-run oil company, taking a promise to stamp out corruption in the country’s economy straight to the heart of its largest player.

The Nigerian National Petroleum Corporation, which oversees oil production in the OPEC member, has been plagued by allegations of corruption and mismanagement for years.