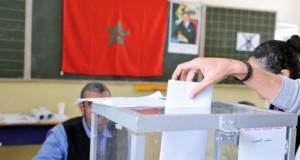 The communal and regional elections held last Friday in Morocco were described by many pundits and politicians as a big step forward on the path of democracy and a push to the advanced regionalization process.

The September 4 elections were deemed special because for the first time since the launch of Morocco’s regionalization roadmap, Moroccan voters elected at direct universal suffrage their regional councils which will now have greater independence in managing and budgeting their affairs and thereby promoting the development of their respective regions.

The elections that recorded a turnout of 53.67% constitute a good relay for both democracy at large and the efficiency of local management as the regional councilors will be much closer to their constituents and much more aware of their real needs.

And as in any poll there are winners and losers, the big winner of the Friday elections is the ruling Islamist Party for Justice and Development (PJD) led by Abdelilah Benkirane, who had been heading the Moroccan government since 2011.

The PJD actually came in first in the regional polls, grabbing 25.6% of the 678 seats that were to be filled and winning an overwhelming majority in several big cities, including Casablanca, Marrakesh, Rabat, Fes, Tangiers, Meknes and other important towns. Its immediate follower and major challenger, the Authenticity and Modernity Party (PAM/Liberal opposition) gleaned 19.4%. The conservative opposition Istiqlal Party came in third with 17% of seats.

The big losers of these elections are undoubtedly the leftist parties, including the Socialist Union of Popular Forces (USFP) which has lost a huge number of council seats even in its perennial strongholds across the country.

These local and regional elections give a foretaste of the 2016 legislative elections, where the race will probably be ferocious between the PJD, the PAM and the Istiqlal.