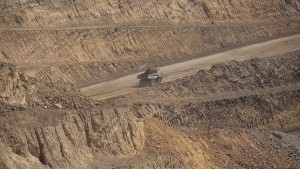 Mining and trading company Glencore held talks with Congolese officials in Kinshasa about the company’s plans to suspend operations at one of the country’s biggest copper mines, an adviser to Prime Minister Augustin Matata Ponyo said on Thursday.

Glencore, based in Baar, Switzerland, announced this week it will suspend copper and cobalt output at Katanga Mining Ltd. for 18 months as it builds new processing facilities to lower output costs.

“This is not a mine that is going to close. It’s just a moment when the copper price is very, very low,” said the adviser, referring to Katanga Mining. “When they sell copper they lose money.”

The Katanga Mining accounted for 28 percent of copper production last year in Congo, Africa’s biggest producer of the metal, and employs more than 5,000 people, according to the company’s annual report.

He said Glencore’s Mutanda Mining operation in Congo was a more efficient operation and did not face the same problems.

Katanga Mining is an important tax payer in the country with its operating subsidiary Kamoto Copper Co. declaring $298.8 million in combined taxes in 2013.

At Katanga, the London-listed company said it will invest $900m to develop and modernize the mine and raise output to about 280,000 tons per annum while cutting costs. This would bring the production cost per pound down from $2.50 to about $1.65 by the time the mine reopens in 2017.

The company is also suspending output at Mopani Copper Mines Plc in neighboring Zambia. Mopani is the biggest employer among Zambian mines and accounts for about 26 percent of the country’s copper production.