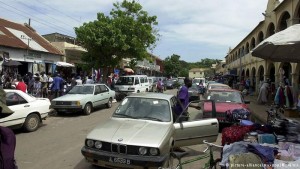 According to the IMF, which lent Gambia $10.8 million in April 2015, policy inconsistencies undermined the country’s ability to meet external obligations.

“In the absence of corrective policies, Gambia’s external viability and fiscal sustainability could be at serious risk,” the international lender said in a statement.

The Gambia has experienced large balance of payments and fiscal imbalances, caused by persistent policy slippages in recent years and financial difficulties in public enterprises. This was exacerbated by sizable exogenous shocks from the impact of the regional Ebola outbreak on tourism and the delayed summer rains in 2014.

In early May 2015, the President’s office issued a directive imposing an exchange rate overvalued by more than 20 percent compared to the prevailing market rates, which the Fund staff assessed to be broadly in equilibrium.

The fiscal position too has deteriorated significantly since mid-April, while inflationary pressures and T-bill rates have increased, reflecting the inconsistent macroeconomic policies.

The current account deficit has increased and external debt is on the rise, while official reserves have dwindled.

The Washington based institution suggests that policymakers should immediately reverse restrictions on the exchange rate of May.

“In the absence of corrective policies, The Gambia’s external viability and fiscal sustainability could be at serious risk” the IMF warned in the statement.

The Bretton-wood institution encouraged the authorities to implement the measures in the current budget and to identify soon additional measures for a deep budget restructuring beginning in 2016.

The Fund also welcomed the Central Bank’s continued efforts to shore up financial stability and encouraged the government to step up agricultural reforms and improve infrastructure in energy and transport to enhance economic diversification and resilience to shocks.