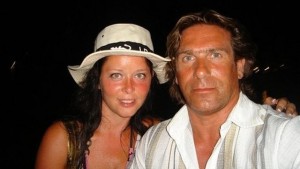 Two Madagascans were sentenced to hard labour for life on Monday over the murder of a French couple whose bodies were discovered badly mutilated in 2012.

The criminal court found the two guilty in the killing of husband and wife Gerald Fontaine, 41, and pregnant 31-year-old Johanna Delahaye, who owned a restaurant in southwestern Madagascar.

In April 2012, the couple had ridden a quad to a nearby beach located in an idyllic spot but isolated and reputedly dangerous. Delahaye’s badly beaten body was found three days later.

It was another ten days before Fontaine’s body was discovered in a village 65 kilometres away from the beach.

In sentencing Victorien Lahiniriko and Regis Alain to hard labour for life, the criminal court in the town followed the call of prosecutors.

Eight others who had been suspected of complicity to murder were acquitted.

Last Friday, the same court has handed four men the maximum sentence of hard labour for life over the mob lynching in 2013 of two Europeans and a local man, who were beaten and then burned on a beach.

The sentencing came as the court tried 37 people over the October 2013 murders, which were committed by a mob acting on false rumours of foreign involvement in the death of an eight-year-old local boy and a paedophilia connection.

In 2013, the UN denounced what it described as the normalisation of child prostitution in Madagascar.