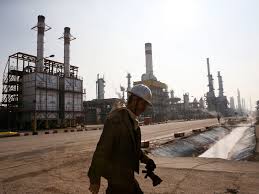 Kuwait’s oil Minister Ali al-Omair believes that oil prices will rise by next year because high-cost oil producers have started to cut their production.

He said that OPEC members have no intention, at the time being, to change the output policy while OPEC Secretary-General Abdullah al-Badri thinks that the market would be balanced in 2016.

Ali al-Omair, speaking to the media before the opening of the 2nd Kuwaiti Oil and Gas Show Conference, said “today there are no ideas or demands from the member states to make any big change in OPEC’s decision.”

OPEC had in the past juggled with production output to influence prices.

Omair is hopeful that their expectations will materialize soon because, he said, “today there are indications that a lot of high-cost oil production‎ is starting to get out of the market and this will help improve prices.” The emerging signs that world economic growth could improve by the start of 2016 could further help boost oil prices, he said.

70 drilling rigs have been closed in the U.S over the past six weeks according to data from Baker Hughes, an oil services company. Tamas Varga, market analyst at London brokerage PVM Oil Associates said an increase in oil prices is being supported by “rig count data” and the “bullish rhetoric from OPEC.” Goldman Sachs stated production between the 2nd and 4th quarter of 2015 has been declining by 255,000 barrels per day.