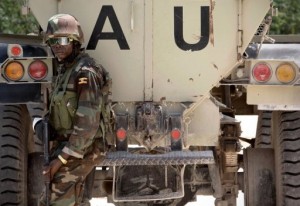 The African Union’s (AU) Peace and Security Council has proposed sending 5,000 peacekeepers to Burundi, invoking a rule which allows it to deploy a force without the consent of Burundi’s leader, said a diplomat who was at an AU meeting on Thursday.
“We have authorised the deployment of a 5,000-man force for Burundi whose mandate includes the protection of civilians,” the diplomat told Reuters.
“This (AU) resolution marks the first time the African Union decided to invoke its charter’s Article 4.”
According to Chapter 4, the AU has the right to intervene in a member state “in respect of grave circumstances, namely: war crimes, genocide and crimes against humanity.”
United States this week urged its citizens to leave Burundi while commercial flights are still available. Burundi is now “on the cusp of a full-blown civil war,” United Nations human-rights chief Zeid Ra’ad Al Hussein said on Thursday.
President Pierre Nkurunziza has 96 hours to respond to the AU resolution which was drawn up late on Thursday and likely to be rubber-stamped by the AU Peace and Security Council in coming days.
As a reminder, the crisis in Burundi began in April when the country’s President Pierre Nkurunziza announced a legally dubious bid for a third term in office. Weeks of protests followed, and the conflict became increasingly violent. Police have fired bullets at protesters, military officers have attempted a coup, and insurgents have attacked military bases.