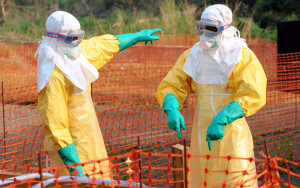 Guinea has been declared free of Ebola by the World Health Organisation, prompting nationwide celebrations tinged with sadness over thousands of lives that the virus has claimed.
The disease killed more than 2,500 people in the West-African nation and orphaned about 6,200 children while a further 9,000 patient where killed in Sierra Leone and Liberia, according to figures from the WHO.
More than 100 health workers also lost their lives in the fight against the disease.
The World Health Organization made the announcement Monday, marking the fact that two Ebola virus incubation cycles have passed since the last person confirmed to have the disease had a second negative blood test.
Months have gone by since the outbreak peaked last year, when patients were dying by thousands. Nonetheless, Monday marks a major milestone in the Ebola fight, though the challenge is making sure that the good news continues.
World Bank Group President Jim Yong Kim issued a statement congratulating the government and people of Guinea on reaching the milestone. He urged vigilance to “stay at zero cases.”
A country is declared Ebola free 42 days after the recovery or death of the final patient and if there are no new infections.
There will be a formal ceremony Wednesday to mark the declaration in Conakry, the capital.
As a reminder, at the peak of the outbreak in 2014, Guinea was reporting hundreds of new cases a week. Curfews were put in place and market trading and public gatherings including football matches and public film showings were banned