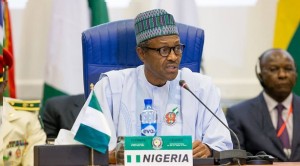 According to a statement by Buhari’s Media Special Adviser Femi Adesina, the President will hold talks with President Obiang Nguema Mbasogo in Malabo on further measures to protect the people and resources of the Niger Delta and Gulf of Guinea.

The two leaders are also expected to discuss and agree on other collaborative measures to combat crimes, such as piracy, crude oil theft, attacks on oil rigs, arms smuggling and human trafficking in the Gulf of Guinea.

Proactive measures to curb the high security threats posed by terrorist groups are also high on the agenda.