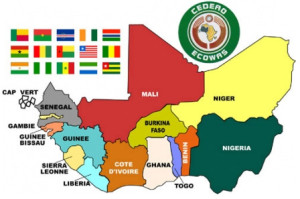 The regional bloc said observers will be deployed in all the 12 departments of the country to monitor all pre-electoral, electoral and post-electoral operations, and to compile a report on the conduct of the election in the west-African nation.

The presidential runoff poll will be contested between incumbent Prime Minister Lionel Zinsou and businessman Patrice Talon who respectively came first and second during the first round of the presidential elections on March 13, 2016.

Benin was the first country in sub-Saharan Africa to make the transition from dictatorship to multi-party democracy. The country produces cotton but its economy is flagging, in part because falling oil prices have hit its giant neighbor Nigeria.

In power since 2006, incumbent President Thomas Boni Yayi is stepping down after two terms to comply with a constitutional term limit and solidify tiny Benin’s reputation as the giant of democracy in tumultuous West Africa.

He has tried to position himself as a mediator in regional crises, including last year’s short-lived coup in Burkina Faso.