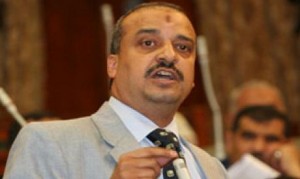 The final constitution draft is “nearly ready” and a sample has been released to the public as part of an awareness campaign, “Know your constitution”, by the Constituent Assembly. The chairman of the draft committee, Mohamed El-Beltagy, clarified that it isn’t a final draft because debates are still being held over certain sections such as the local government, the judiciary, some articles on executive power and the role of the military but emphasized that changes could be made to the draft if the Egyptians deem it necessary before the final draft.
Some political groups are planning to demonstrate against the proposals of the committee on Friday because they claim that it doesn’t represent all the Egyptians. They believe that the dominance of the Islamists in the Assembly has led to the enforcement of their ideologies in the constitution, an Islamic constitution. They are urging people to reject the constitution. They want president Morsy to install a balanced one for a civil constitution.
An article restricting equality between men and women in accordance with Islamic laws and another that would make Al-Azhar, Egypt’s premier Sunni Islamic institution, the unique body authorized to interpret religious laws have received public outcry although the latter is not featured in the campaign. Many believe it is still being debated because such an article in the constitution will hand Al-Azhar the power to vet laws and determine if they are in line with its interpretation of Islam.
With regards to the rumors that the constitution will be voted on individual articles, Mohamed El-Beltagy  refuted such reports and said that the constitutional referendum will only be a “yes” or “no” vote.
Drafting is expected to end by early next month before being put to a referendum within 30 days.