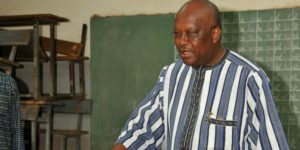 The MPP has swept around 62 per cent of the mayorship positions available in the contest. Provisional results show the ruling party won 11,167 positions out of the 19,222 proposed by the National Commission.

The party has been able to win key and most cities including Ouagadougou, Bobo Dioulasso (second largest city), Banfora, Koudougou (both in the West), Ouahigouya (North), Fada N’Gourma (East), Gaoua.

The turnout of the Sunday election estimated at 47.65 is reportedly the lowest ever recorded since the beginning of municipal elections in the country.

Final results will be released after one week by the National Council so as to allow the electoral commission to process complaints.