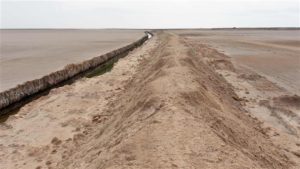 Tunisia will soon use German technology to stem illegal crossings of terrorist militants into its territory as Berlin announced Thursday that it would provide border electronic surveillance equipment.

The announcement came from the Parliamentary State Secretary of German Ministry of Defense, Markus Grubel who reiterated Germany’s determination to help the North African country overcome terrorist acts caused by militants crossing into Tunisia mainly from its Libyan border.

The army and security forces are on war alert as they face repeated incursions of IS militants from Libya.

To ward off day in and day out militant smuggling into the territory, Tunisian defense authorities have built sand barriers along the lengthy border with Libya and dug trenches filled with water.