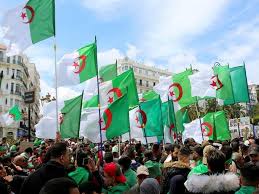 Abdelkader Bensalah made the announcement during a televised speech on Sunday, calling on Algerians to make December 12 “an historic day to make the dreams of our people concrete”. He called for a high turnout to choose a new president.

In his speech, Bensalah praised the army leadership and its great role in maintaining the country’s stability.

The announcement comes after army chief General Ahmed Gaid Salah, seen as Algeria’s strongman since the fall of the ailing Abdelaziz Bouteflika, insisted that polls be held by the end of 2019, despite ongoing protests demanding the creation of new institutions ahead of any elections.

The Constitutional Council had cancelled an election previously planned for July 4, citing a lack of candidates, amid mass protests demanding the departure of the rest of the old guard including Bensalah and Prime Minister Noureddine Bedoui.

Former President Abdelaziz Bouteflika canceled the April 18 elections, after protesters marched against his candidacy for a fifth term, forcing him to resign.

Earlier on Sunday, authorities named an independent election authority to organize the vote to replace the Ministry of Interior, which has been in charge of elections over the past years.