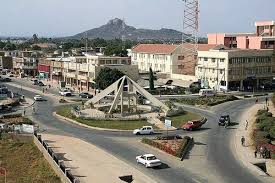 Tanzanian President John Magufuli and the entire government have relocated to the country’s new capital of Dodoma.

The new capital Dodoma, which was elevated to city status last year, was designated as the capital city. Its central location, compared to the coastal Dar es Salaam is considered ideal for bringing government services closer to the people.

Magufuli, who last week shifted his voting address to Dodoma, urged Tanzanians to register to vote in the forthcoming November 14 civic elections.

A statement by the Directorate of Presidential Communication at State House said Magufuli announced that he was officially moving to Dodoma despite the fact that construction of infrastructure in the area was still incomplete, said the statement.

On Dec. 15, 2017, Vice-President Samia Suluhu Hassan officially relocated to Dodoma, becoming the second-high ranking government leader to move to the new capital from Dar es Salaam after Prime Minister Kassim Majaliwa did so in September 2016.

Magufuli said shifting to Dodoma was a dream come true after the plan was hatched 46 years ago by founding President Julius Nyerere but the arrangement was not implemented due to various reasons.

Tanzania, one of sub-Saharan Africa’s most stable democracies, has held five relatively peaceful multi-party elections since 1995, all won by the ruling party.

Magufuli was elected in October 2015 for his first term and has not indicated whether he will seek re-election in 2020. If he does and wins, he would be ineligible to contest the vote in 2025.

Posted by Emmanuel Agbenonwossi on October 15, 2019. Filed under Columns, News, Zoom. You can follow any responses to this entry through the RSS 2.0. Both comments and pings are currently closed.